As legend goes, Neptune discarded his smallest and least coveted gems millions of years ago in the waters between what is now Puerto Rico and Florida. Washed from above by the heavens, sculpted by the Atlantic Ocean on the north and the Caribbean Sea on the south, these stones were gradually transformed into a natural wonder. Christopher Colombus and many explorers after him traveled this path and were all in awe of it’s natural beauty.

Today, the setting of the Turks and Caicos Islands provides an exceptional environment for scuba diving and other water sports. The islands are surrounded by spectacular coral reefs and sea walls. Underwater visibility in the northeastern Caribbean exceeds 100 feet during most of the year. The warm, pristine waters serve as home to an extraordinary underwater ecosystem, featuring giant sea turtles, eagle rays, sharks, barracuda, African pompano, dolphins, and even migrating Humpback whales.

The Turks and Caicos Islands are a group of 42 islands and cays just off the southeastern tip of the Bahamian Archipelago and are a British Overseas Territory.

The native language of the Turks and Caicos Islands is English and our local currency is the US Dollar. 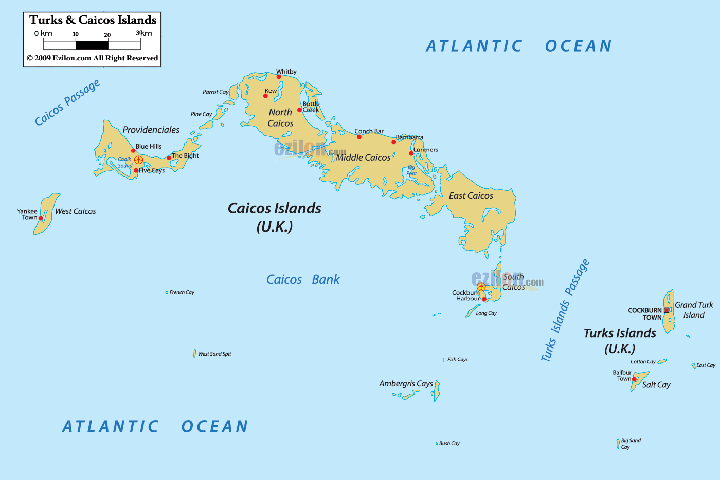 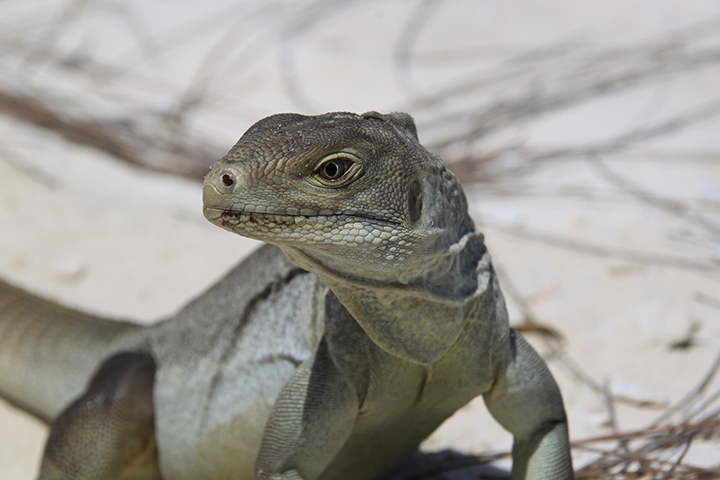 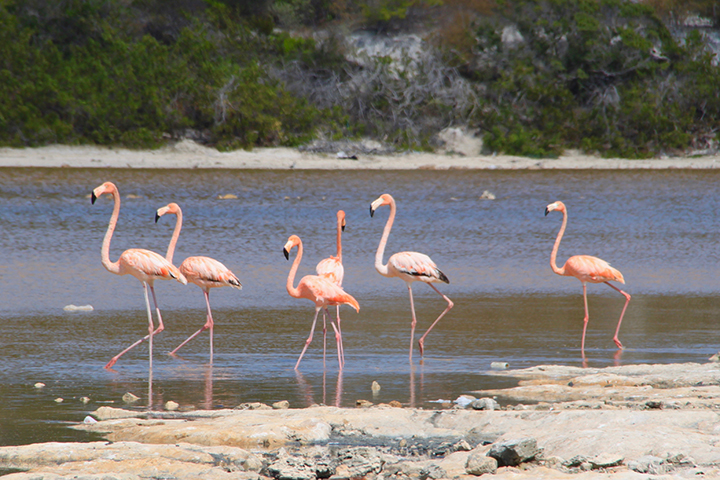 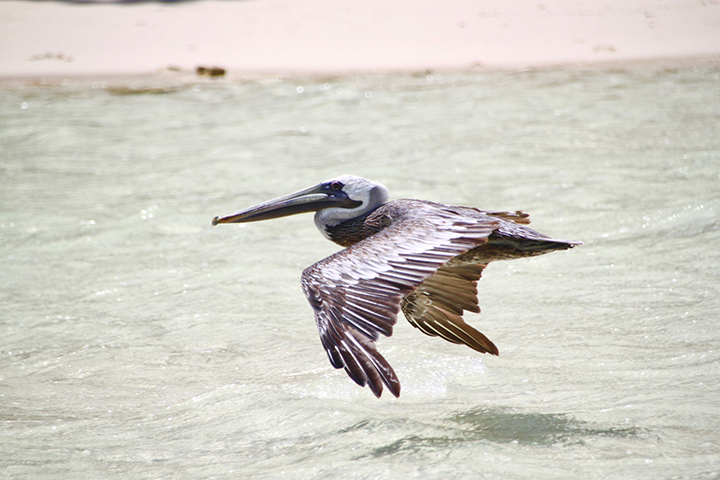 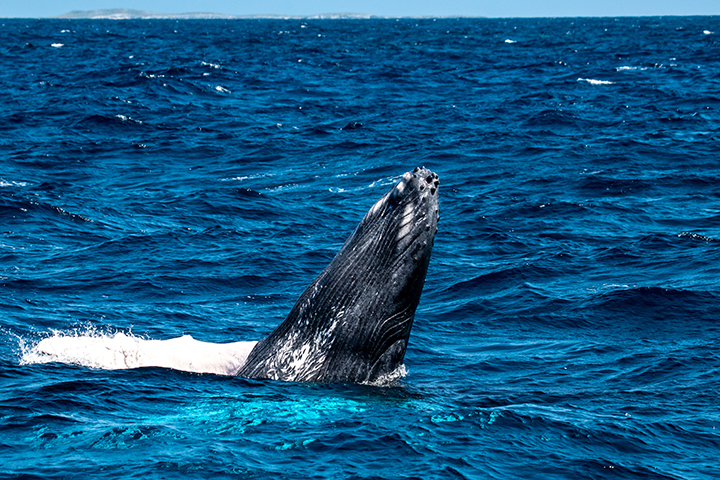 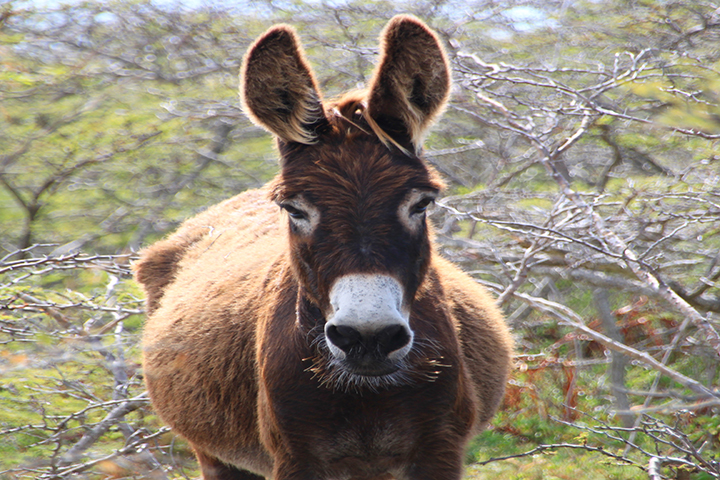 A Guide to Providenciales (we call it “Provo”)

Blue HillsBlue Hills is the oldest settlement in our country, so called because the hills and ridges have a blue tint to them when approaching the island from the sea. This little local village spread out along the north coast is rumored to have been built originally by “Wreckers”. In earlier years, there were records of the locals standing on the hills at night and waving lights to passing ships, whose captains mistook them for a lighthouse and would maneuver their vessels closer to the island and onto the treacherous barrier reefs extending out from the northwest point of Provo. Local fishermen would then go out to the wrecked ships, rescue the crew, and salvage the cargo. For the locals, this was one of the few means of survival. Most were abandoned slaves who had been left to fend for themselves after their plantation owners left for the Americas.

Today’s residents of Blue Hills are known for their hospitality and friendliness. A trip down the coast will bring you to fabulous local restaurants, such as Smokeys on the Bay, Three Queens, Henrys Road Runner, Boogaloos, and Janets. The food is so good at these spots and other local eateries that the owners take pride in putting their own names on their restaurants. A drive further along the coast eventually takes you to Sam Bay and Malcolm Beach on the west side of the island, and Crystal Bay Condos at the North West Point. Besides being one of the finest beaches on Provo, Malcolm Beach was the backdrop for a French reality TV show similar to Survivor that was filmed in the early 1990s. It is a bit of a trek to get there (especially coming back) and 4-wheel drive is strongly recommended.

Five Cays is the fishing village of Provo, boasting two fishing/packing plants and is the best place to get fresh local fish if you’re looking to cook for yourself. Five Cays is located on the south shore of Provo, where local fisherman catch conch, lobster, and a variety of fish.

Turtle Cove is where one of the island’s largest marinas is located. Turtle Cove is also home to two dive shops, two resorts, and six restaurants. The area has long been a favorite of divers and deep sea fishermen. Boats up to 140 feet in length and 6 feet draft can be accommodated. There are other smaller marinas in Leeward (North East Point) and a few on the South Shore as well.

Sapodilla Bay and Chalk Sound are the geographical features that first greet visitors flying into Providenciales. The area boasts some of the most beautiful homes and villas on the island. The ocean and sound views are breathtaking. During the summer months, the gentle southeast winds add to the natural beauty.

Leeward, a semi-gated community, has a marina as well as an extensive canal system similar to those of South Florida. Driving through the canal route is like flipping through the pages of Architectural Digest. Many observers rate the area even more impressive than “Millionaire’s Row” in Miami. Just outside the Leeward gate is a subdivision where many of the island’s most affluent natives live. Some of the mansions here even top those along the Leeward canal.

Long Bay Hills, located on the east side of the island, is another area of exquisite natural beauty. You’ll rarely find a footprint or encounter another person during a stroll along the white, powder-soft beach. Horseback riding is favorite activity here, and the sound of the gentle waves lapping against the shore is occasionally interrupted by horses galloping along the beach.

Grace Bay is the center of the North Coast and focal point of most of the area’s development. The major resorts on Provo are all located on the famed, twelve-mile stretch of gorgeous sand called Grace Bay Beach. Grace Bay has witnessed a boom in tourist development since the mid-1990s. At that time, the beach strip was limited to one condo development (Ocean Club), the all-inclusive Club Med resort, a single high-end resort (Grace Bay Club), one boutique hotel, (Le Deck, now Sibonne), one chain hotel (Ramada, now Allegro), one budget hotel (Island Princess, which was replaced by The Verendah condos), and one villa development (Treasure Beach Villas). A project by Sheraton had failed, leaving behind a dilapidated concrete maze gazing at the sea.  Soon after, Sandals stepped in to take over the Sheraton project. The Beaches Resort they opened has since established itself as one of the world’s finest all-inclusive family vacation spots and has sparked a new round of development around Grace Bay. Nowadays, you have a pick of high-end resorts, condos, all-inclusives, and a slew of villas and private homes available for rent.

For all the development, the natural environment of the North Coast remains vigilantly protected by the government. The waters have become the centerpiece of one of several nature Reserves in the Turks and Caicos Islands. Fishing, as well as the operation of jet skis, wave runners, and other mechanized devices, is strictly prohibited. Violations can result in hefty fines, and even jail time and confiscation of equipment.

The tough environmental standards have won praise from visitors and locals alike. Everyone seems to agree that the Turks and Caicos Islands are a natural wonder worth protecting. Join us one one of our guided tours and dive provo and the Caicos Cays. Let us share our natural beauty and history with you.